These puzzling holes in the arid valleys of southern Peru tell us there was once a flourishing, sophisticated society here.

(Interjection by Don Chapin: This topic was mentioned in Appendix I of Global Shamanic Energy Work as one piece of “ET assistance” evidence rather than local manufacture. As stated, “The construction of the puquios involved the use of particularly specialized technology.” The precision, uniformity, and quantity of rock involved in building this long series of holes to access the aquifer would be far beyond the capabilities of the local natives at the time. I’m amazed that the author of this article didn’t mention that fact. Plus, “Solved from space?” The very placement of the various puquios, particularly across fault lines, was most likely enhanced by a high-altitude or even space-based capability.) 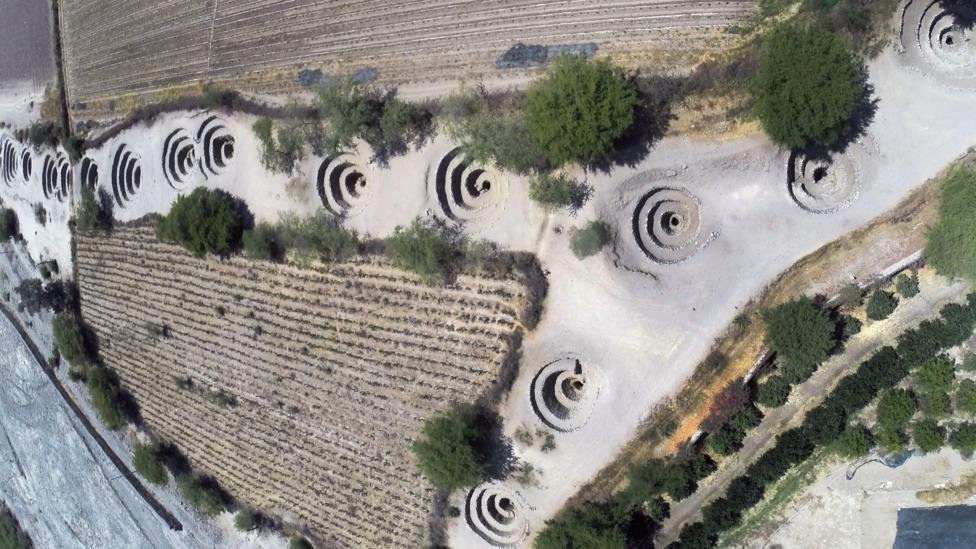 In one of the most arid regions in the world a series of carefully constructed, spiralling holes form lines across the landscape. Known as puquios, their origin has been a puzzle – one that could only be solved from space.

The holes are from the Nasca region of Peru – an area famous for the Nasca lines, several enormous geometric images carved into the landscape; immaculate archaeological evidence of ceremonial burials; and the rapid decline of this once flourishing society.

What adds to the intrigue in the native ancient people of Nasca is how they were able to survive in an area where droughts can last for years at a time.

The puquios were a “sophisticated hydraulic system constructed to retrieve water from underground aquifers,” says Rosa Lasaponara of the Institute of Methodologies for Environmental Analysis, in Italy. And they transformed this inhospitable region. 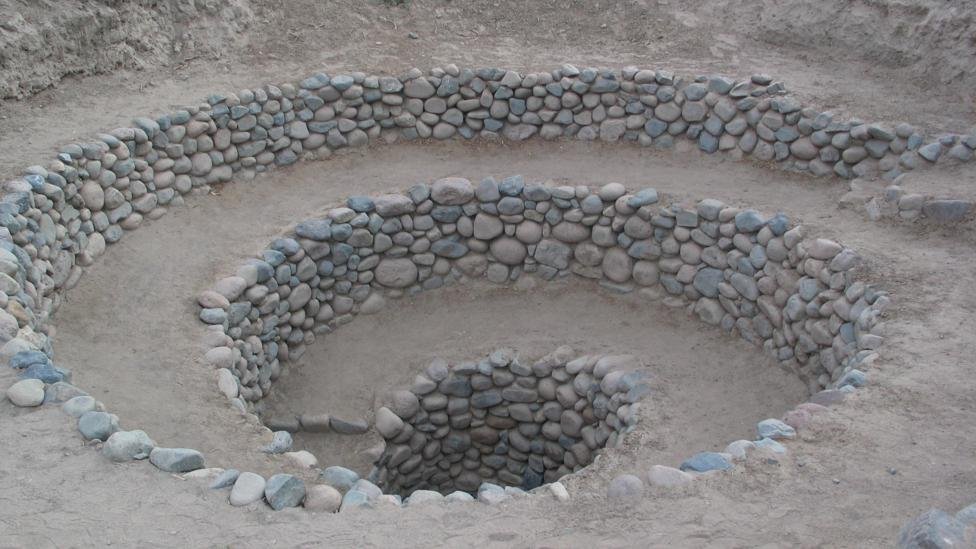 The funnel-like shape helped to draw the wind down into the underground canals. Credit: Ab5602/Wikimedia/Public Domain.

Lasaponara and her team studied the puquios using satellite imaging. From this, the team were able to better understand how the puquios were distributed across the Nasca region, and where they ran in relation to nearby settlements – which are easier to date.

“What is clearly evident today is that the puquio system must have been much more developed than it appears today,” says Lasaponara. “Exploiting an inexhaustible water supply throughout the year the puquio system contributed to an intensive agriculture of the valleys in one of the most arid places in the world.”

A series of canals brought the water, trapped underground, to the areas where it was needed; anything left was stored in surface reservoirs. To help keep it moving, chimneys were excavated above the canals in the shape of corkscrewing funnels. These funnels let wind into the canals, which forced the water through the system.

“The puquios were the most ambitious hydraulic project in the Nasca area and made water available for the whole year, not only for agriculture and irrigation but also for domestic needs,” says Lasaponara, who has written about her satellite studies in Ancient Nasca World: New Insights from Science and Archaeology, published in 2017.

The origin of the puquios has remained a mystery to researchers because it was not possible to use traditional carbon dating techniques on the tunnels. Nor did the Nasca leave any clues as to their origin. Like many other South American cultures they had no writing system. 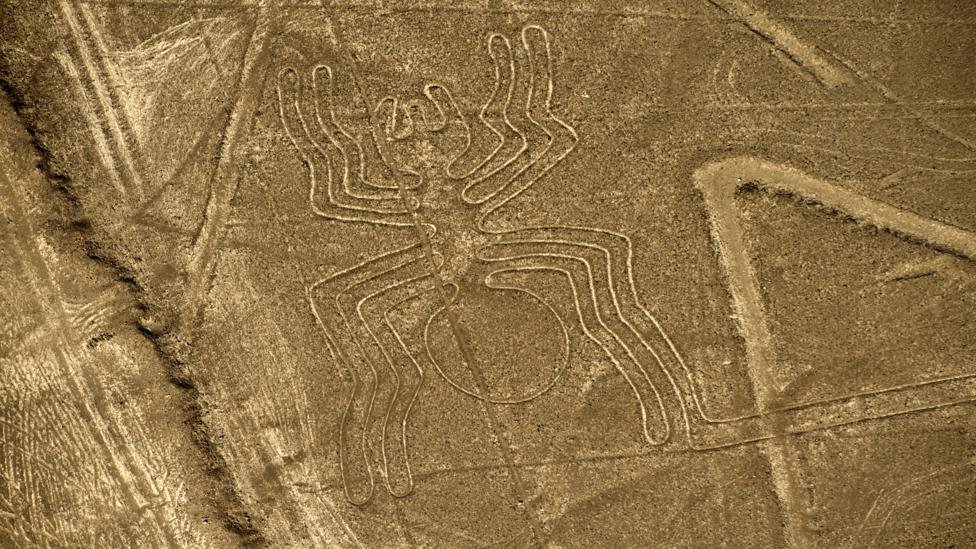 Some think the famous ‘Nasca lines’ related to the presence of water. Credit: Getty Images.

Their existence tells us something remarkable about the people who lived in the Nasca region from before 1,000 BC to AD750. “The construction of the puquios involved the use of particularly specialised technology,” says Lasaponara. Not only did the builders of the puquios need a deep understanding of the geology of the area and annual variations in water availability, maintaining the canals was a technical challenge as they spread across tectonic faults.

“What is really impressive is the great efforts, organisation and cooperation required for their construction and regular maintenance,” she says. That meant a regular dependable water supply for centuries, in an area that’s one of the most arid places on Earth.

“Maintenance was likely based on a collaborative and socially organised system, similar to that adopted for the construction of the famous ’Nasca lines‘ which in some cases are clearly related to the presence of water.” The quality of construction was so good, that some of the puquios still function today.

These structures show the native people of the Nasca basin were not only highly organised, but that their society was structured in a hierarchy, says Lasaponara. She says the puquios were vital in “controlling water distribution by those in power over the communities that came under their influence.” Knowing how to bring water to one of the driest places on earth means that you hold the very key to life itself.

William Park is BBC Future’s social media producer. He is @williamhpark on Twitter

Would you prefer to read this article offline? Download the pdf file below.

This site uses Akismet to reduce spam. Learn how your comment data is processed.